Every design or creation have got one or several prime representations.  A specimen that is like an iconic example of any given category.

In a series of posts I will present an item that in my subjective opinion is a classic in its category. A classic not only by looks, but just as important as an association to the essence of the category. Timeless pieces of style and vision. You will probably have your own favorites, and you are very welcome to share it in the comment field.

This time the subject matter is Mountainbikes: Take a look at the Ritchey P-21 WCS 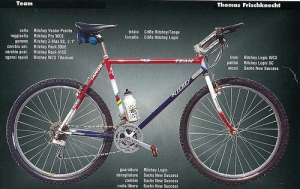 There are a lot of great classics from the early days of mountainbiking, and picking a single ultimate classic is almost impossible. Bridgestone MB0, GT Zaskar, Specialized M2, Scwinn Homegrown, Gary Fischer Pro Caliber, and Klein Attitude are a few very strong contenders, each one being a classic in its own right. 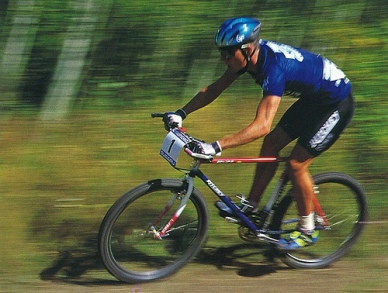 The model vent on for many years, and this is what the 1997 Ritchey catalog had to say about it:

“The “P” stands for Project.It began as a total concept of optimizing the frame, fork and components to produce a mountain bike that was light or lighter than any other available, as well being as durable or more durable than its heavier competition. It proved time and again both in racing and recreational riding that steel is riot, and will not , be overshadowed by any other material.”

“The Ritchey P-21 features the same frame that has torn up the World Cup circuit for the last three seasons in a row. It has awe inspiring handling traits and superior ride quality that have become synonymous with the P-series”

I would still love, one day, to own one.